Navigate Towards Your Best Hopes

The following post is from an interview with Brad Jupp by James Liou, a 2008 Teaching Ambassador Fellow from Boston.  James’ excellent blog The Teaching Pulse gives unofficial voice to the aspirations of members of the Boston Teachers Union.  I selected excerpts which follow the broad themes of Education Worker, and urge readers to check out the original interview, which is much longer - a rich and profound essay on the contemporary education policy scene. 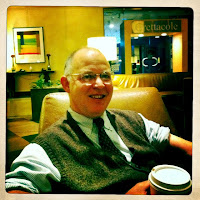 Brad Jupp is Senior Program Advisor for Teacher Quality Initiatives in the U.S. Department of Education.  He has the ear of Secretary of Education Arne Duncan and has considerable, if not central, influence on any federal policies that relate to teacher quality and effectiveness.
As a former middle school English teacher and union activist in the Denver public schools, he is most known for his role in the development of Denver’s ProComp teacher compensation system—one which ties teacher incentives to both school and student performance and growth.
JL: How has being an accomplished unionist affected how you do your work now?
BJ: I think what I bring from my background as a union leader, first and foremost, is the sentiment that working people want first and foremost, good, fruitful jobs; not the political struggle that they often find themselves in.  And then second, I bring a really three-dimensional understanding of the psychology that [often] occurs in the relationship between unions and school districts, [and between] unions and state legislatures… Frankly, I’ve been on all sides of the table.  And I have an insight into what’s in people’s heads on all sides of the table at this point.  And that’s because [like I mentioned earlier], I pay attention to [connecting evidence to shifts in understanding with] whomever I’m working.  Over the years, [I’ve gathered] an experience base in thinking like a leader of a local, of thinking like a leader of a state affiliate, or thinking like a superintendent or thinking like a governor’s education policy aide.
So the union experience is double.  I understand the aspirations of the people that unions represent and I also understand the motivations and sentiments of people who represent large numbers of teachers.
JL: Can you think of some practical ways and avenues that you might suggest for teachers to understand, influence and implement policies….in our school districts at the local level?  How do we make policy less abstract and how do we understand it, influence it and implement it?
BJ: Be a building rep for your union, be on your building faculty senate or building committee, partner with people in the central office so that you are a practitioner [figuring out] the difficult problems of execution with administrators, because just like teachers don’t want reform to be done to them, they want it to be done with them, administrators want policy implementation to be done with them, not policy implementation arguments done to them.  And we should assume that no one wants to be part of that kind of loud argument.
And don’t hesitate to use those opportunities to be building reps and union leaders and district leaders as vehicles for career advancement.  The ambitions of teachers to be successful and efficacious are the things that actually animate the best things about their career.  And we should always be encouraging teachers to act on those aspirations.
JL: What can we do, as teachers and as members of our teachers union, to make this happen more often in general?
BJ: In a sentence, navigate towards your best hopes and away from your worst fears.
Too much of the adversarial discourse in public education is discourse buttressed by worst fears.  ‘What if the worst principal in the world were in charge of that school?’  We need a rule to protect all teachers against the possibility of the worst principal in the world.
It’s the wrong way to be organized.  [We] should be organizing instead on ‘how do we get the best principal in the world in as many schools as we’ve got?  That means that we’re going to need really great incentive packages for principals, and by golly they might need to be paid more than teachers and as maybe as a teacher union leader, I need to advocate that we accelerate the pay for high school principals so that the working conditions in my high schools get better.
It’s a simple example, but if you begin to think like that, then you can begin to proliferate other examples.
JL: So is it up to the individual teachers in our buildings as building reps, as partners with district officials, to talk and frame the conversation in that way?  Because sometimes a lot of the rhetoric out there is very negative, as you’re probably already aware….how do we break through that?
BJ: We didn’t say, when we negotiated ProComp, ‘let’s embrace the arbitrary and capricious.’  We said instead, ‘let’s embrace the reasonable, the consistent, the credible…’ and then we said, ‘let’s make sure we’re protecting against the arbitrary and capricious by embracing [the] reasonable and consistent and credible.’  We never said anything about getting it all right.  We always said though, we want to keep our antennae up and avoid treating people badly.  And what’s more, we made a commitment to use data as a way to inform our future decisions so that we were not being arbitrary and capricious.
Again, check out the original interview!
Posted by Steve Owens at 8:37 PM