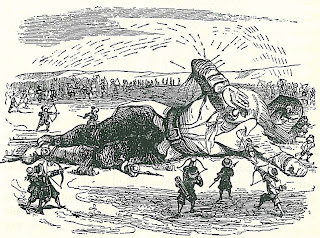 NEA vice president Lily Eskelsen's Netroots Nation keynote last night addressed the attacks on NEA.  She spoke of how we are on the front lines, because eliminate us, and the 1% takes away the largest single institution defending the middle class.
I saw this coming years ago.  I always believed that my union should be much more proactive in reaching out and embracing the aspirations of other working people, even if that occasionally meant compromising some of our institutional priorities.  I believed that vigorous action when others, such as private sector unions, were the front line would protect our union.
Too late.
This why I have always had an interest in progressive causes and have tried to learn from leaders of other unions. It’s why I provide as much support as possible to groups like the Vermont Workers Center.
There is a tension between my interest in collateral circulation with other activists and my union's need for control.  In internal conversations concerning member engagement one point always stands out:
The problem with membership engagement is that you end up with....engaged members.
Engaged members make mistakes.  Engaged members may not have enough experience because they haven't had a chance to make mistakes.  They may do things that contradict the leadership, either accidentally or on purpose.  But if they just pay other people to be activists, they never learn how to be active themselves.  Lurking in the background: an awakened membership may well make different demands on its own leadership.
In order to have a truly engaged and effective membership, union leadership and staff have to give up control.  Engagement is the only recourse in the present crisis.  The equation looks like this:  There is a tradeoff between institutional control and member engagement.  Member engagement is the last, best source of power in the current struggle.  For our union, therefore, survival involves giving up control.  That's scary for some people.
Real organizing means helping people to find their own voice, not teaching them to parrot yours.  What better group to do this than an organization of teachers?
Awaken a sleeping giant of engaged teachers.  It's the only way.