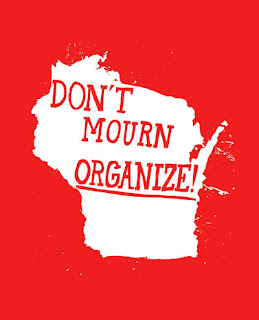 It is one thing to have rights, another to have a mechanism for exercising those rights, and yet a third to actually exercise them.
On the first and second points, there is an active national effort to destroy our limited rights to "petition the Government for a redress of grievances" (expressed in the first amendment) and due process (as in the fourteenth amendment aka just and sufficient cause.)  We as teachers typically exercise those rights through our unions and through an orderly grievance process spelled out in collective bargaining agreements, rather than avail ourselves of remedies available through the legal system.
Yes, as teachers and public employees we labor under restrictions that do not apply to the general public, but historically we have had certain rights and protections pertaining to our chosen profession.  State by state, those rights and protections are being systematically stripped away, a death by a thousand cuts.
Both the rights (expressed through collective bargaining) and the mechanism for expressing those rights (a system of grievances and arbitration which sits outside the court system) are being abrogated.  My view is that this allows deferred compensation such as pensions to be treated as a piggy bank by unscrupulous politicians.  The disempowerment of workers facilitates our rightward lurch towards a capitalist/fascist dystopia.
On the third point, for those of us who have not yet experienced the cataclysm which is North Carolina, Wisconsin or Michigan, rights mean nothing whatsoever if they are not actively enforced.  Every act of meek submission to authority is another nail in the coffin of teacher voice.
Too many of us view teaching as apolitical, on the excuse that conflict will hurt our students.  Nothing could be farther from the truth.  As government employees OUR JOBS ARE POLITICAL!  That is reality.  It goes against our natures, as the sort of human beings who enter a service profession, to embrace conflict.
The bottom line is that the conflict has embraced us.
It is not our fault.  It becomes our fault if we don't push back by whatever means are at our disposal.  Yes, some of those means are political.  The venues can be corrupt and scary.  Activism and leadership require courage - the courage to live with the consequences of your inevitable mistakes.
Those who would destroy our profession, "destroy the village to save the village," fail to realize that every act of disempowerment promulgated against educators, students, and citizens is a distraction from our core mission and a disruption of school culture and community.  Culture and community are critical to a successful education system.
I don't believe we should be blaming teachers by complaining about their passivity.  This is a symptom of an increasingly dysfunctional and totalitarian political culture.  Rather, we should acknowledge the harsh realities of citizenship and government employment, and as compassionate leaders help nurture engagement.
Posted by Steve Owens at 9:33 AM