I'm a member of a teacher voice group, and a member of a union.  Well actually more than a member - an activist.  I value both experiences a great deal.  I struggle to bring them together. 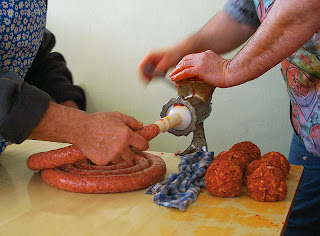 The Teacher Leader Network Forum (TLNF), the granddaddy of teacher voice groups, has been a valuable community for me to talk to teachers across the country, and broaden my perspective on education policy and its impact on the classroom.  At the same time, as a union activist, I have my hands on levers to make that policy perspective influence local and state policy.  I see the two things working together, but I also feel a tension between teacher voice and teacher unionism.
The emergence of a plethora of teacher voice groups such as VIVA (Voice Ideas Vision Action), Teach Plus, Educators for Excellence, and the Center for Teaching Quality (sponsor of TLNF) throw that tension into higher relief.  These groups tend to be nimble, low budget, and high tech - and very effective in developing a big picture perspective in participants.  The question becomes are they alternatives to the unions or are they complementary?
Unions theoretically are supposed to bring the voice of workers to the table.  They suffer some disadvantages in that task in education.  They are huge, expensive bureaucracies which become caught up in issues of institutional sustainability which often can obscure their original intent and purpose.  Their orientation to economic issues, while essential to public policy, obscures important professional issues, weakening impact and credibility.  The focus at the state and local level on the nuts and bolts of unionism, on the legalistic aspects of contract negotiation and administration, obscures the big picture.
In the best of both worlds, the union would cultivate the capacity of members to see the big picture, then marry that perspective to the nuts and bolts of policy making via collective bargaining agreements and legislation.  Unfortunately, engagement of a high capacity membership is not perceived to be in the best interests of the union bureaucracy.
In the best of both worlds, teacher voice groups would help teachers not just become adept at persuading the powerful, but actually become powerful themselves.  Unfortunately, the messiness of power is often treated as "unprofessional," as if we could somehow surf above the fray, pure and innocent and virtuous.
What if we thought of unions and teacher voice groups as complementary, rather than mutually exclusive?
I just heard of an effort to bring together a union and a teacher voice group in partnership.  Paul Toner, president of the Massachusetts Teachers Association, invited VIVA to build a teacher voice network in the gateway (smaller) cities of Massachusetts.  Toner regards VIVA as a partner who can build the capacity of the union by engaging teachers with interests beyond the traditional bread and butter issues of industrial unionism.  VIVA, for its part, partners with an organization with a robust capacity for making real impact in terms of access to the levers of power that can make the vision real.
There is a risk for both: an engaged membership may make uncomfortable demands on the union; the teacher voice group may have to descend from the ivory tower into the impure realm of political sausage making.  But the potential results in terms of great public policy, as well as the health and well being of both institutional partners, seem well worth the risk.
Posted by Steve Owens at 8:05 AM