Administrative Success is a Union Issue 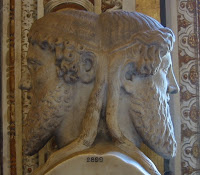 Reform is a loaded word.  When I speak of union reform, I am thinking of efforts to democratize unions and make them more responsive to membership.  Others however may be attaching union reform efforts to specific neo-liberal "reforms."  Some, such as Rick Hess, even suggest Labor Management Collaboration (LMC) as a way to get unions to participate in their own demise.  A good friend of mine on the labor left referred to the Teacher Union Reform Network (TURN), a group with which I’ve been active, as “astroturfy.”
We must separate LMC as a public good from specific policy prescriptions.  If a local or state affiliate decides for some unknown reason that merit pay, privatization, or exotic flavors of teacher evaluation is good for its members, I can’t speak for those people.  But there is no reason that LMC can’t lead boards, administrators and unions into deeper and more refined work on conventional collective bargaining agreements, featuring single salary schedules and considerable opportunities for teacher leadership and autonomy.
The term "Comprehensive Unionism" can better denote efforts to create a type of unionism responsive to the unique characteristics of education.  In TURN, we use Three Frames as a lens analyze and improve our work.

My work as a local president has focused on the Professional Unionism lens.  In my 20 year career, I’ve lived through 16 principals and 7 superintendents in 5 schools located in 3 different Vermont supervisory unions.  This experience has taught me that the quality of teachers’ (and therefore students’) lives on a day to day basis is profoundly affected by the quality of administrative work.
I have sat through endless union meetings that focus on administrative failure, where administrators and boards are trashed, where eyes roll and sarcasm abounds.  This culture encourages a type of defensive bargaining, where participants lead by asking, “What would happen if the worst administrator in the world got a hold of this contract language?”  And on the other side they lead by asking, “What would happen if the worst teacher in the world received this benefit?”
As teachers, we ought to know through our experience with students that if you treat people like idiots, you get….idiocy.
What if we flipped this and used collective bargaining as a tool to promote excellence rather than to eliminate incompetence?  What if we gave flexibility to administrators to administer schools with the expectation that along with this assistance comes a high bar.  And what if boards and administrators took a risk, and gave teachers autonomy and leadership opportunities, along with an expanded definition of what it is to be a professional educator, with the expectation that we would provide evidence of improved professional practice and student learning, evidence which could be readily seen by reasonable citizens?
In such a system incompetence would be noise.  When you have to hire millions of teachers and administrators a certain amount of noise is inevitable.  We should focus on the music, so that it drowns out the noise.
Professional success promotes the happiness of teachers.  When students are learning and growing, it improves the quality of educators’ lives through a profound sense of professional accomplishment.  In my world view, unions are great American institutions which exist to promote well-being.  See the connection?  Let's raise the bar.
Posted by Steve Owens at 10:04 AM No comments:

Policy is ultimately concerned with building systems and institutions to support human well-being.  For decades, a basic premise of American civic life was that the success of our society rested on a foundation of government providing for the public good.  This consensus was expressed succinctly in the words of the Republican Dwight Eisenhower: 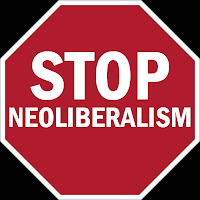 “Should any political party attempt to abolish social security unemployment insurance and eliminate labor laws and farm programs you would not hear of that party again in our political history. There is a tiny splinter group of course that believes you can do these things. Among them are a few other Texas oil millionaires and an occasional politician or business man from other areas. Their number is negligible and they are stupid.”
In 2012, their number is no longer negligible, and they are no longer considered stupid.  To varying degrees this perspective dominates both political parties such that working people really have no alternative which supports a concept of public good in electoral politics, except for the occasional outlier like Bernie Sanders.
Neoliberalism is the political and economic philosophy driving our politics in 2012.  Many people have never heard of it, or if they have, do not understand that the engine of our political life is the same one which motivated the criminal regime of General Augusto Pinochet in Chile in the 70’s and 80’s.
The term itself is unfortunate.  I suspect many people have positive connotations when they consider the word liberal outside the political context: to be liberal minded, to be liberal with one’s friends (generous) etc.  The prefix neo is something we associate with pleasant styles which evoke nostalgia: neoclassical, neo-romantic, neo-gothic, etc.
Neoliberalism is neither pleasant nor liberal.
According to Corpwatch, the main tenets of neo-liberalism include:
Rather than building up the institutions of public good, neoliberalism seeks only to tear them down.  Yet actions based on neoliberal thinking are still commonly referred to as policy!  In education, NCLB and Race to the Top are not policies in any traditional sense because they have the effect of diminishing public education, and weakening the bonds between citizens and their institutions.
These are not policies; they are antipolicies.
Antipolicies are being advocated by both political parties.  On the one hand we have Republicans who advocate decapitating our institutions swiftly.  On the other, Democrats advocate doing it slowly, the death of a thousand cuts.  Oh yes we’ll preserve our civic institutions they go, we’ll just make everything a little better by instituting a few market reforms here and there, give people some “choice,” make government “accountable” through the miracle of the invisible hand, encourage personal responsibility through welfare “reform,” etc.
Being a little bit neoliberal is like being a little bit pregnant.
Public policy is rooted in a robust concept of public good.  We need to stop dignifying actions divorced from a concept of public good with the word “policy”.  These are antipolicies.
We also need to stop dignifying the purveyors of antipolicies with the term neoliberal.  They are criminals.
Posted by Steve Owens at 7:50 AM 4 comments:

Brian Walsh served as vice president of VT-NEA.  He is a graduate student at the Labor Center of the University of Massachusetts Amherst, and is currently teaching high school and interning at the Vermont Workers Center.   These are his workshop remarks at The People's Convention in Burlington VT today. 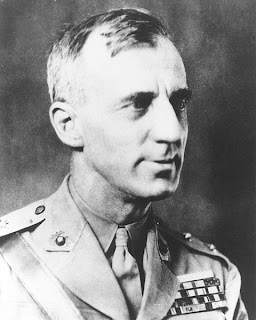 I was asked to provide a little historical analysis, and I started thinking about Smedley Butler.  He was a marine, I guess a good one - he killed some people, got a bunch of medals and became a general.  But after he retired he wrote a little book called War Is A Racket.  According to Butler, a “racket” is “something that is not what it seems to be, … conducted for the benefit of the very few at the expense of the very many.”  By that definition, I think a pretty good argument can be made that most unions today, including public sector unions, are “rackets” too.
That’s harsh, but Butler’s definition begins by saying a “racket” is something that is “not what it seems ….”  Unions were created to protect workers’ rights, including the right to a decent living, at their workplace and beyond.  Unfortunately, most unions today, are doing a poor job at protecting anyone’s rights, except perhaps the “right” of employers, be they public or private sector, to squeeze and oppress their employees.  There’s a war on against labor, and labor is losing.
Although the NLRA, better known as the “Wagner Act,” guaranteed unions legal recognition, it’s purpose was to maintain “labor peace.”  In other words, the law made labor part of the system in order to ensure that that system kept working.  Although some unions, mostly CIO, remained militant into World War II and beyond, laws such as 1947’s Taft-Hartley Act, and agreements like UAW’s 1950 GM contract, the infamous “Treaty of Detroit,” insured labor would not regain the offensive.  Thus in retreat, the business-union model, where union members are “serviced” by staff, was created.  In return for concessionary contracts, unions, and their officials were granted relative autonomy.
That’s where the second part of Butler’s definition - “[benefiting] the very few at the expense of the very many” - applies.  In case you haven’t noticed, working for a union can be profitable - salaries are often 50 to 100 percent higher than those of members paying those salaries.  I’m not saying that union staff don’t deserve their pay, but I do think they have the duty to help members fight for their human rights, not encourage them to accept ruling class paradigms about everyone needing to “tighten their belts;” but then, unions would have to change the ways they do business.  They would have to abandon their stale business unionism, and empower, encourage and equip their members to fight and win.
I know there are some union leaders and staff willing to help their members do what is necessary.  Unfortunately, those people are in the minority; the system demands “labor peace,” and it is difficult to convince people bringing home six-figure paychecks and Cadillac benefits to jeopardize their jobs by helping members fight the war they need to win.  And there, as Hamlet famously stated, lies “the rub.”
Since too many union officials prioritize the status quo - which benefits their individual interests over workers’ collective rights - it is up to members to change union priorities.  However, too often members are unequipped or unready to take the actions needed to move their unions forward.  Therefore, as scholar and social activist Staughton Lynd explained in his concise work Solidarity Unionism: Rebuilding the Labor Movement from Below, small, informal groups of workers, and their supporters, whom he called “parallel unionism,” are needed to push those unions.
That’s what  happened in Chicago, as the “parallel union” - CORE - became the driving force behind the transformation of the Chicago Teacher’s Union - formerly a status quo-loving AFT local - into an organization willing to fight the neoliberal takeover of the Chicago Public Schools.  Obviously, it will not be an easy fight; Mayor Rahm Emanuel and the corporations seeking to privatize public schools are well-financed and powerful.
CORE’s vision - protecting education as a human right and a public good - will need to be broad enough to attract sufficient class and community support needed for success.  Although odds are against Chicago’s teachers, the path they’ve chosen is the only one that can win; “business as usual” unionism is clearly destined to lose in our life-and-death struggle against the neoliberal takeover of our public good.
Posted by Steve Owens at 7:37 PM No comments: